skip to main | skip to sidebar

By Way of Introduction

I came to  China 4-years ago on a lark, a whim, just to look around. I never had a strong desire to visit Asia, but, at the time, SARS was headlining the newspapers and the airlines were desparate to fill seats on their planes. Round trip tickets to Hong Kong were dirt cheap. So, the adventure began. 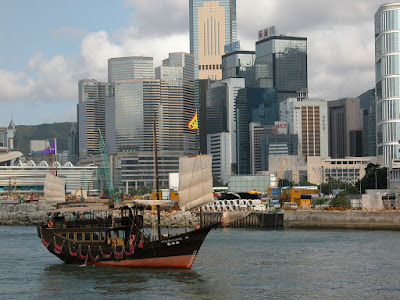 After arriving in Hong Kong, I crossed the border into 'Mainland' China, to the city of Shenzhen.

25 years ago, Shenzhen was a fishing 'village' of 35,000 people. Now it's one of the largest cities in Asia with an estimate population of more than 17 million. It has spendid architecture, multi-lane highways lined with trees, topiary, flowers, shrubs, a new subway system that is clean and efficient. 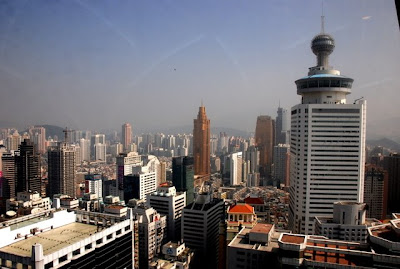 I 'discovered' an area of Shenzhen called "Overseas Chinese Town" (OCT), a development district which has got to be the 'crown jewel' of the city. Link 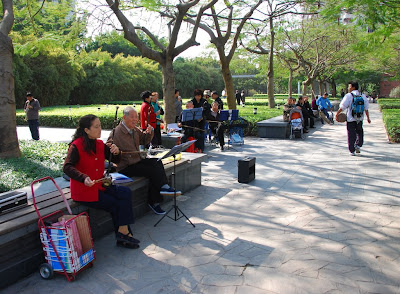 There are three theme parks in OCT, including Shenzhen's answer to Disneyland called 'Happy Village'. There is a botanical park, many art gallaries, parks, outdoor scuplture, a paved (rubberized) bicycle trail, tennis courts, a huge indoor sports complex (5 swimming pools!) that's now under construction. Across the street from my apartment there are 10 new tennis courts and an excercise park just outside. 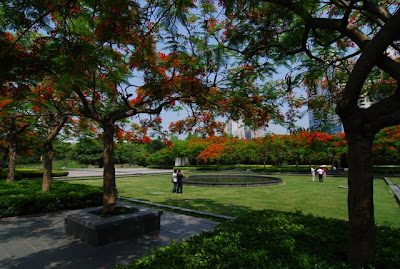 Nearby is the world famous 'Dafen Painting Village' with more than 10,000 artists and 500 art gallaries and shops. Link: Dafen Village on YouTube (this is excellent, btw) 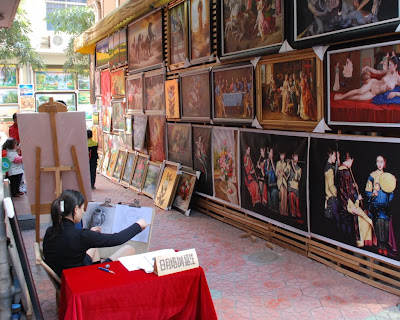 There are a wide variety of green-space 'get aways', all of which encourage outdoor activities. The very hot weather is always a consideration, so the greenery is thick and lush all of year. Artificial lakes and waterways add to the enjoyment. There is even a new mountain that's been designed for recreational climbing...with granite stairs going right the top! It's not as easy as it sounds...it's very steep. A good hour's cardio-vascular workout, for sure.

In the photo below, the round building in the foreground of the picture is the library of the Shenzhen Tourism College of Jinan University (Guangzhou). Here's a link: Jinan Tourism College 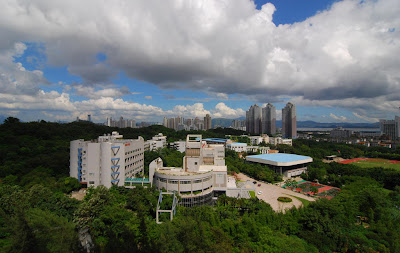 Golf? I hear you ask. There are dozens of golf courses in Shenzhen, including the biggest in the world: 'Mission Hills' (yes, that 'Mission Hills') with twelve complete 18-hole golf courses: 216 holes! Take a two-week holiday and play a different course every day! Link 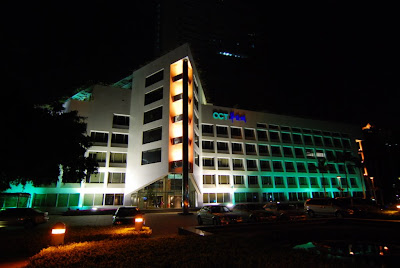 Later in my postings I'll explore each of the parks and give you some sense of the way nature has been incorporated into the densely populated city. In the photo above, you'll see the success of OCT, the concept was followed and enlarge upon with the construction of "OCT West". An incredible combination of huge European theme park, 'Swiss' hotels and very nice condominium homes with a very nice "old Europe" architectural flair. Austria and Switzerland in miniature. It's really quite spectacular. 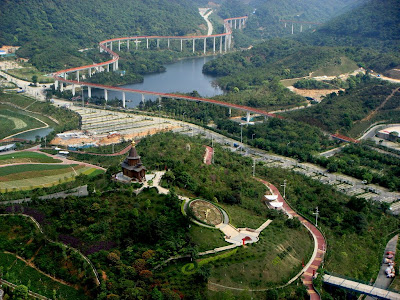 I take a lot of photographs. (click on the photos to enlarge the ones I've posted here). My computer tells me it's holding more than 10,000 images. Since my Picassa 'crashed' a few days ago, I've reloaded all the old photos and have re-discovered some gems that I like I'll share them with you. Be sure to visit my photoblog at http://jpasky.blogspot.com

(I must offer some 'full disclosure': the aerial shot of OCT West isn't mine: it was taken by one of my English students [four very smart high-school age girls; a few hours each week].
She took the photograph from a hot-air balloon!) 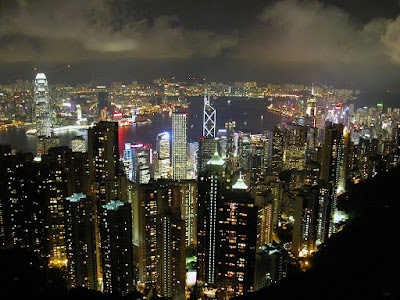 The historic tram takes you to the top of Victoria Peak for a magnificant view of Hong Kong and the harbor.

Link to The Peak tram
Posted by Joe Pasky 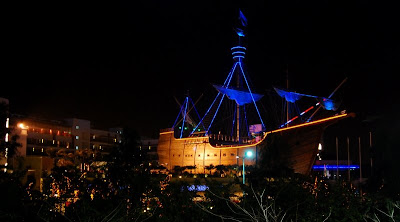 In keeping with the Spanish theme of the new Intercontinental Hotel here in OCT, the bar, restaurant and lounge is a Spanish Galleon...a little bigger than the originals I would guess. Quite a landmark. Link 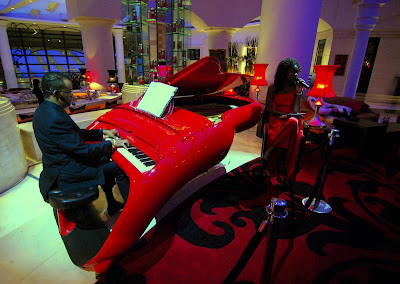 In the main-lobby lounge is a $230,000 Schimmel/Colani Pegasus grand piano designed by the famous German automobile designer Luigi Colani.There were only a small number of these produced. Pegasus Link  and Pegasus Link 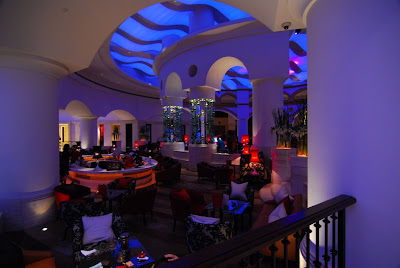 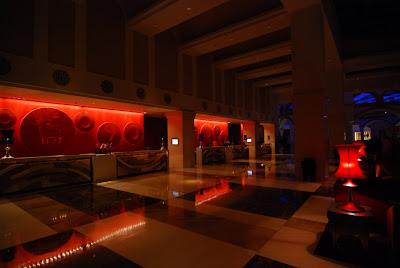 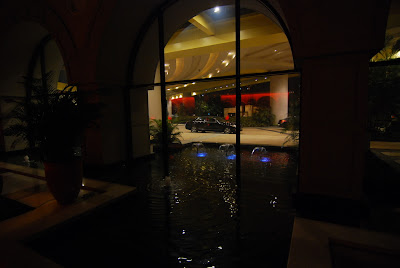 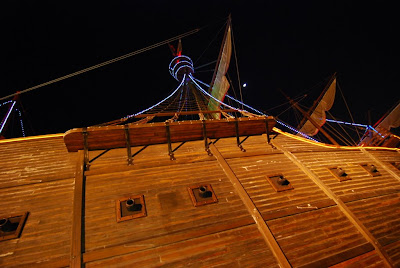 There are 107 110 113 Wal-Mart stores in China. This one in OCT was among the first.  Near the entrance, one of those 'flip' signs prominently displays the total number of Wal-Mart stores that are currently operating in China. During this past year, the sign seems to be telling me that they have added about one store each week. From a few news stories I've seen, the plan is to have 600 stores in the very near future. 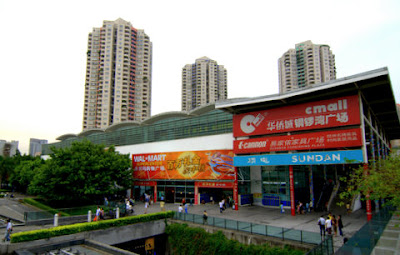 And only a few miles from this store, there is another huge Wal-Mart Superstore that opened late last year. It took over a building that was a giant Sam's Club; which moved to an even bigger 'big box' nearby.

I've read that Wal-Mart has more than 5000 suppliers. Shenzhen is the center of their export operation to the rest of the world. 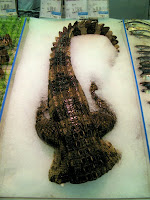 Photographs of the original Wal-Mart in Arkansas are on display at the front of the store, along with the remarkable success story of Sam Walton. He grew his single store into the largest retail company in the world. I doubt that anyone cares to recall that back in those early days, Sam wrote a book about his vision for Wal-Mart. It was called "Made in America"
But even with with the 10's of thousands of items that they sell at Sam's Club and Wal-Mart,  I still can't find my favorite brand of spaghetti sauce.
Alligator, yes. Sauce, no.

What is a G7® Expert Consultant?

GRACoL Expert Consultants are industry trainers and consultants who have completed an IDEAlliance certification program and are identified to be an elite group of  professionals  who are expert in the new GRACoL press calibration process.

Your G7 Expert in Asia 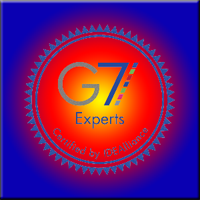 Links to our other blogs

Your G7 'Expert' in China 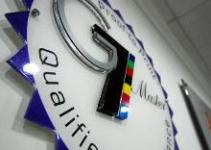 G7 is a method to calibrate the printing process in order to conform to international ISO standards. I have taught and 'G7 Qualified' many printers in China. The idea is to be able to make proofs anyplace in the world, then print anyplace in the world: the press sheets will match the proof. (click on the photo above to link to my webpage) 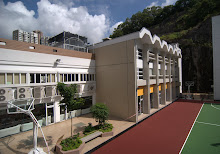 The Institute of Vocational Education in Hong Kong. Home of APTEC and Idealliance-China (G7) 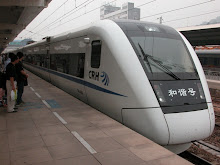 The high-speed train from Shenzhen to Guangzhou via Dongguan. It takes about an hour and costs about 12-bucks for a first-class ticket.